ADMI students and alumni had a career-defining moment when their mockumentary, Aminia bagged 4 awards at the 48 Hour Film Project (48HFP) competition. This competition involves writing, shooting and editing films in 48 hours by participants from all over the world.

After 48 hours, the films are turned in and screened at local theatres after which the best films are awarded.

Directed by Jevin Mulwa and produced by Alex Mwangi, ADMI’s mockumentary Aminia won in the Best Use of Line, Best Use of Genre, Best Film Audience Choice and Honorable Mention (Best Actor) categories.

ADMI’s production team was comprised of students and alumni including Melissa Mpule, Hillary Munyiva, Brian Mutwiri, Dennis Miller, Elijah Kamau, Peter Njuguna, Sompisha Kipelian, Eric Gitonga and Wilson Luzitu who rolled up their sleeves and got to work. They were led by Graphic Design Faculty, Brian Omolo who played the role of production manager and Ritchy Mistri, Antonia Nyatelo and Harrison Nyaga who made up the cast.

The pre-production stage was nothing short of intense as the crew were all first-timers and had to familiarise themselves with festival contracts and legal requirements.

The first and most crucial part of creating a film is writing a script. The script dictates the film’s theme, characters, budget, location, cinematography and so much more. After long hours of writing and discussion, the producer and scriptwriters settled on a mockumentary genre with a tone of sarcasm, dark humour and puns. 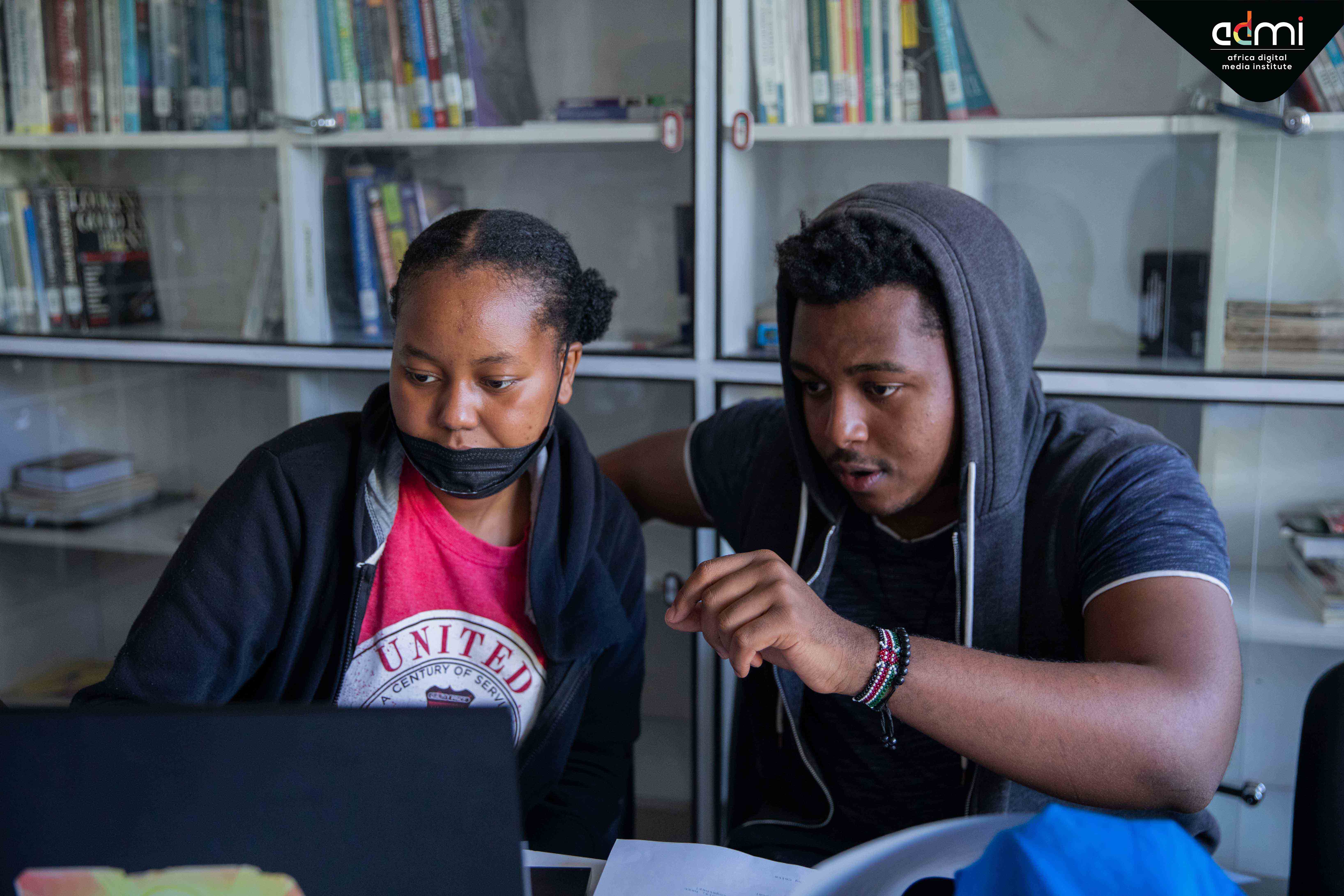 Aminia is a story about a conceited man (Mistri) who signs up for a marathon to overshadow a decorated marathon runner (Christopher). Christopher had captured the attention of his coworkers and had won the heart of Mistri’s office crush (Natasha). Mistri must use every trick in the book to win the race, including deception.

The scriptwriters wanted to show how the modern man is oblivious to the societal standards and ethnic differences in the journey to success, which are some of the biggest challenges faced by Kenyan youth today.

Participating in this competition was a unique experience for the team, more like baptism by fire. The driving force was to bag at least an award. They attest to teamwork and ADMI’s support as the key factors behind their success. 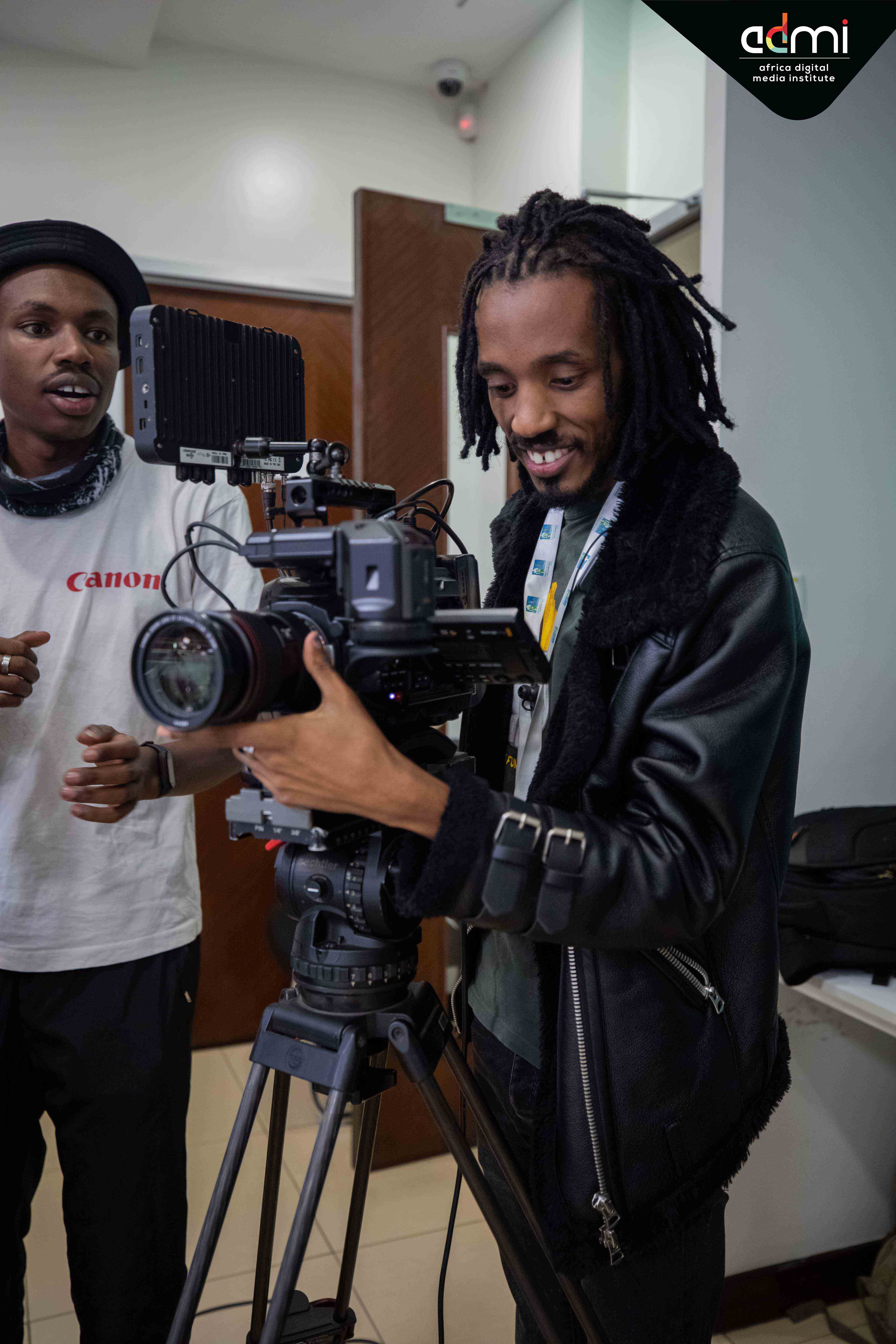 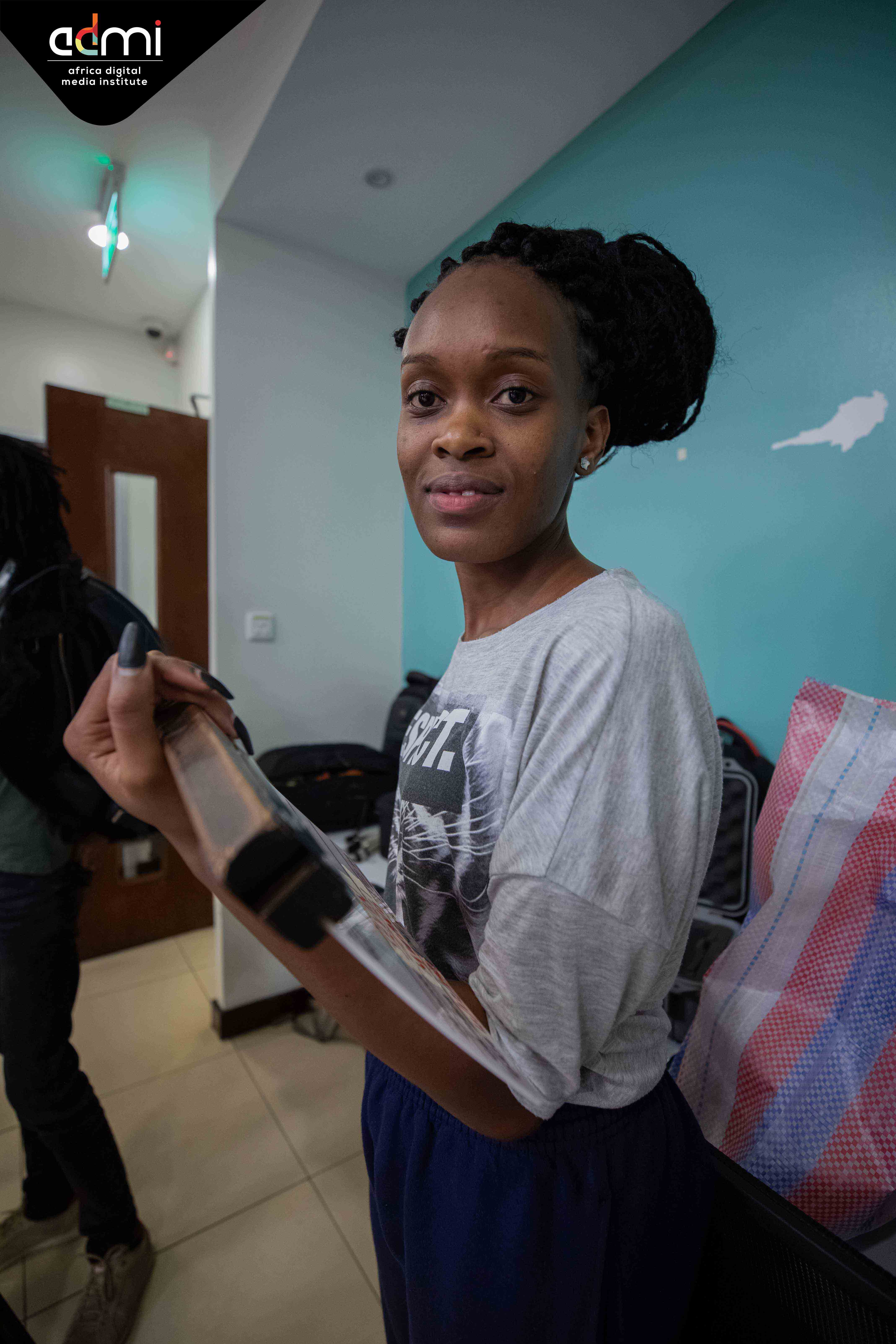 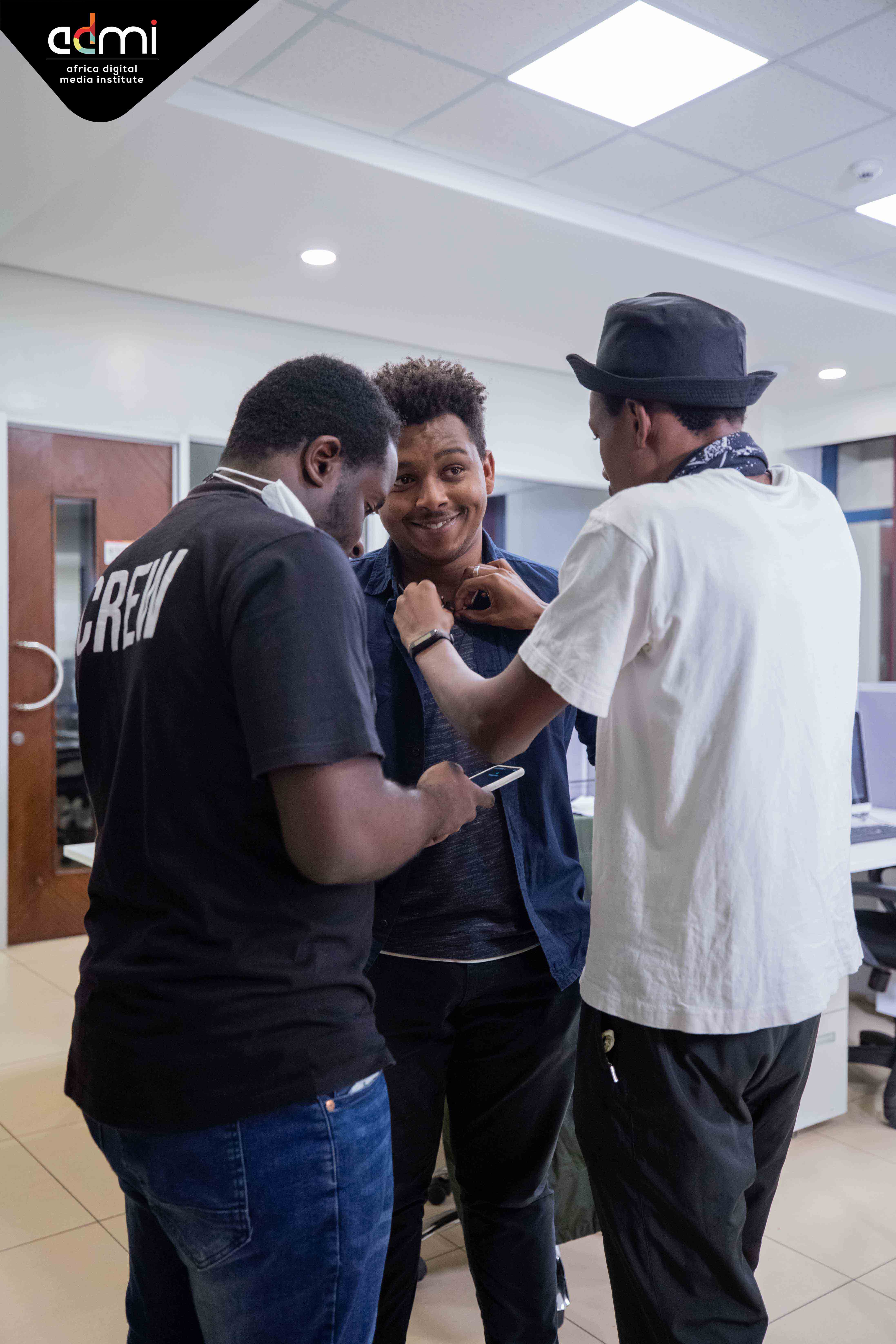 Despite being prepared and highly motivated for this project, challenges with sound and fatigue were inevitable, and by 3 am on Sunday, things had started getting a little tough.

“It took us longer to take shots, we had countless retakes. However, we had to keep at it given the deadline was in a few hours and the edit still had to be done,” said Jevin Mulwa, the director.

By 4 am, the crew had wrapped up on all the shots they needed. Now all that remained was the arduous task of trimming down the 20 minutes draft to a 7 minute short. According to Alex Mwangi, the producer, the video editor had to do away with many amazing shots to fit the 7-minute mark. Just 18 minutes before the deadline, the crew submitted the film and brought the production to a close.

In the two weeks that followed, Aminia and other shorts were screened at the Century Cinema Hall in Sarit Centre. An award ceremony was held shortly after and the crew’s hard work paid off when Aminia was declared a four-time winner.

“This is going to be a monumental step for our careers. Having won four awards in an international competition is huge. Aminia has sparked a flame. This is only the beginning.” said Alex Mwangi.

“From this competition, I learnt that it’s possible to strive and create beyond measure and have fun with it. It’s important to trust yourself and take that leap of faith.” shared Richie Mistri, the freshly awarded star actor.

Have you recently acquired graphic design certification? Here are some industries you could venture in with your skills.