Thok Koang Thor is a Film & TV Production student who is passionate about filmmaking and is working towards becoming a professional filmmaker. He joined ADMI after completing a certificate in video production program that was offered by ADMI in partnership with FilmAid in Kakuma refugee camp. This is his story. 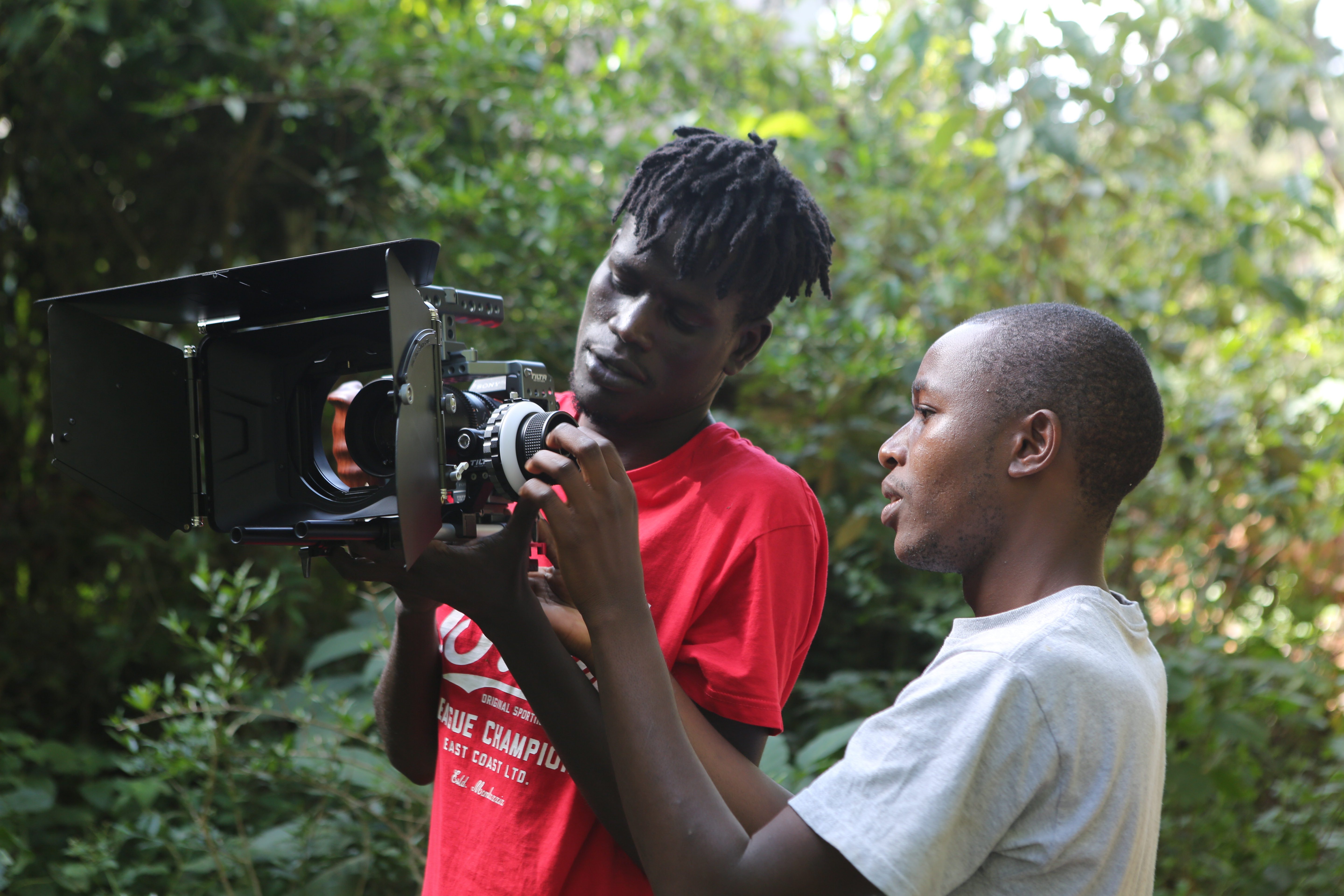 How did it all begin?

TK: I have always wanted to become a professional filmmaker. I’ve had the passion for visual content, drama, film ever since I was in primary school. I would draw and always took part in any drama related activities that we would have. While living at Kakuma Refugee Camp, I met a lady, Susan who trained individuals in film and arts. I ended up becoming an assistant trainee in the program and I taught kids how to draw. Eventually, she became my sponsor and a second mother to me since by then I had already lost my birth mother and my older brother who was in the South Sudanese Army had been killed in the war.

How did you end up at ADMI?

TK: I joined ADMI in September 2016 once I completed the 9-month long certificate in video production at Kakuma Refugee Camp. This program was organized by FilmAid but it was ADMI who conducted the training. They sent over their faculty to train us on film production. We learned, producing, directing, lighting, camera operations, and script writing. We learned the basics, yet I still had the desire to improve my skills and become the best filmmaker so I began looking for schools to join to improve my craft. However, there was the small issue of school fees. Susan was able to talk to International Kenya and a foundation was set up under her name. Through this foundation, two of us were able to get the support to join schools of our choice. I chose ADMI.

TK: My experience at ADMI has been amazing. I had the basic skills thanks to the certificate training by ADMI and FilmAid but now I feel like I am a professional. I have taken part in numerous projects and met a lot of brilliant people. I have been involved in a lot of student projects and thus had an opportunity to work with my classmates and schoolmates, I am looking forward to working with them on larger scale productions in future.

The most outstanding moments have been all the times I have been able to get the hands-on experience to operate cameras, write scripts and even direct since film is very practical and you need to do these things in order to get better at them.

What are some of the projects that you have worked on?

TK: I have been lucky enough to work on numerous projects in the past one and a half years. I was the cinematographer/ director of photography and editor for the Windle International Kenya Annual Student Conference.

I also shot a documentary for K’Deng, a South Sudanese musician. The focus of this documentary was on K’Deng’s impact on refugees. What lessons they could learn from him.

I wrote and directed a story called the Extremist. The story was about terrorists but we couldn’t release it due to the sensitivity of the topic.

I directed and acted as DOP for a short sci-fi film that is yet to be released.

I created montages for Emmanuel Jal’s, My Life’s Art which focused on the relationship between Kakuma and other places.

What are you looking forward to doing once you graduate from ADMI?

TK: I am looking forward to actualizing scripts that I have written for short films. So my main focus will be fundraising in order to be able to shoot these films. I am also looking forward to working with Windle International Kenya to create more documentaries. They will focus on the impact that scholarship students have had on their communities once they go back. We will visit the Dadaab and Kakuma refugee camps.

I would also love to work in South Sudan and showcase South Sudanese stories. There is a lot of potential and a lot of stories that haven’t been told. Hopefully, the political situation in the country will improve.

What an inspiring story and to have done so much in such a short period of time. We wish Thok Koang Thor the best in life.

Download the application form to find out more about ADMI’s Film & Television Production program and begin your journey towards becoming an excellent filmmaker.