Writing a screenplay for an animation short film is an important step in production. The screenplay, defined as a written script of a film or television programme, outlines the storyline using images, dialogue and description.

A screenplay guides the director, cinematographer and designers and provides information on the locations, costumes and lighting needed. An animation screenplay differs slightly in that it’s written in a master scene script format. This is a reader-friendly non-technical script that has few or no camera directions. Since it has no columns, the reader will read down the page.

The master scene script is broken down into scenes – units of action that take place at a specific location and time. Anytime a location or time changes a different scene is created. For example, if a scene takes place five minutes later, a new scene must be written down since the time has changed.

Let’s have a look at an example scene from the screenplay Antz. We’ll use this to break down the elements of a master scene script. Bala, the queen’s daughter, is engaged to marry General Formica. In the previous scene, she tries to get to know him but he is too busy with official duties.

The 6 Elements of the Master Scene Screenplay

Time is usually described broadly as either DAY or NIGHT. Sometimes if the action is taking place in one day, you can give a specific time such as 9 AM. These three pieces of information are very crucial and should not be left out in describing a scene. They are written in capital letters.

After the scene heading, we have the action and description line.  Action describes your characters,  what’s taking place in the scene as well as the location. Write it as simply as possible ensuring that it’s in the present tense. In this script, the action is described as: Bala enters, followed by her handmaidens, who are in a state of giggling infatuation over Formica. Bala is scowling as she leafs through a wedding catalogue.

This second example describes the location of the action:

A gigantic tunnel, with the size and scale of the “Chunnel”. A banner strung overhead reads: “The Mega-Tunnel — Tunneling Our Way to a Bright Future!” Along the walls hang 50’s work- incentive style posters with messages like, “You asked for it, you got it — more work!” and “TWO MEALS A WEEK IS ENOUGH!!!” Line after line of ants are working on the tunnel, digging, passing clumps of dirt from ant to ant, everyone synchronized.

When describing an action, think of the animation writer as a director. You need to describe the action in more detail and more precisely than you would describe a live-action script.

Also described in the action are sounds, for example,  you may describe lightning as SFX lightning. SFX refers to sound effects. Music can also be described with terms such as FADE IN, FADE OUT, and FADE UNDER.

Other rules to remember while writing action is to capitalize the first mention of a character for example,

AZTECA, a feisty, cynical, female worker ant, stands there, waiting to pass the dirt on.

After the action comes the name of the character. This is a person, animal or object that performs an action. A character name has its own line that is centred and written in capital letters. In this example, the characters’ names are BALA, HANDMAIDEN #1 and HANDMAIDEN #2.

Underneath the parenthetical line is the dialogue. Dialogue refers to the spoken words of the character, for example, Handmaiden #1 says: The General’s body segments are so… symmetrical.

Transition refers to the movement from one scene to the next.  Scripts begin with FADE IN FROM BLACK (more commonly written as FADE IN) and end with a FADE OUT TO BLACK (or FADE OUT). The standard transition in between scenes is usually a CUT TO which is a quick change from one scene to another. In the absence of any written transition, it’s assumed that the transition is a CUT. Other transitions that can be found in a script are WIPES and MIX TO.

A much easier option involves using screenwriting software. Popular programs used are Final Draft, Fade In, Writer Duet, and Movie Magic Screenwriter. Final Draft is used by screenwriters from BBC, Netflix, NBC Universal, ABC, Sony Pictures, Pixar and Walt Disney. It has features such as a chatroom, beat board, voice to text option, a variety of templates and a story map.

A great option for students is Celtx. It’s a cloud-based software that requires online access but makes scripts available as pdf and text documents. It has useful features such as scene breakdown reports, a scratchpad for rough work and index cards for planning your script. You can download it from the website or install the app from the Google Play Store.

To write a good screenplay, you need to understand how it is structured, and one of the best ways is to read a screenwriting book. Justus Macharia, a screenwriting lecturer at ADMI, recommends Story by Robert Mckee and  Save the Cat by Blake Snyder. But the best advice he gives his students is to,

“Read a screenplay, watch the show or film and then contrast and compare.”

Most short animation screenplays such as Paperman and Piper have sparse dialogue and only use action and description. Reading screenplays will therefore teach you how to write action lines.

Did you know that you can access screenplays for free on Simply Scripts? To start with, you can read these feature-length film scripts:

Learning how to write an animation script without the right training can be challenging. At ADMI, you’ll not only learn from expert educators, but you’ll also get the support of a wide network of creatives. To learn more about the next animation class, reach out to an admissions counselor today.

Previous Post
How to get started in an animation career 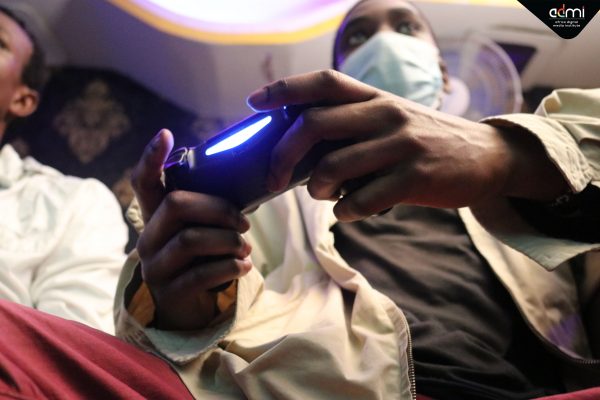 Behind every must-have video game is a central idea that guides the plot, characters, rules and scores. Game design is the process by which all these components come together to create a fun past-time. Although video games are best known for their entertainment value, they can also be used for…

Your passion for animation will not go to waste if you do something about it. Learn how to animate in the best school across the continent, Africa Digital Media Institute.

How do you navigate the tough world of film and television in this day and age? Here are some tips to set you apart.