What will it take for us to see high-quality African content on our screens? Who will tell our stories, sing our songs or make our video games?

With the convergence of media, technology, and business, Africans can produce and distribute high-quality content for the global market in a way they could not before.

ADMI prepares African content creators to participate in the global economy by giving them training and mentorship from day 1. From film and TV to animation, sound engineering, graphic design and music technology, ADMI seeks to equip Africa’s digital generation to tell our stories.

In 2020, ADMI music production students paired up with upcoming artists in Nairobi to create tracks. Each producer and artist would be creating their first-ever track. Their music was then compiled into an album – My First Single.

In 2021,  we’d like to celebrate our African creators in the music industry. Joshua Ejaye, Makadafaga, Emmanuel Sompisha and Herman Ogulla did an amazing job on the album. Meet the artists they worked with and listen to their work.

We’d also like to celebrate music producer Mercy Barno and sound engineer Telvin Kariuki, who keep creating tracks for the world to hear.

If you’re an upcoming artist or music producer, find out how we can turn your passion into a profession this January. Apply online. 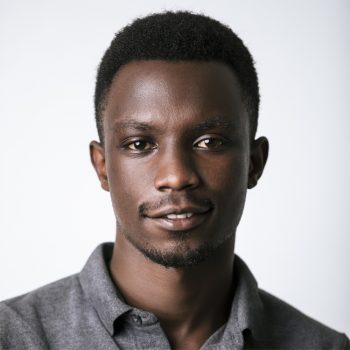 Herman Ogulla is an Afro Pop music producer and sound engineer currently working at Master Made Studios. He started his musical journey as a kid by playing the piano and an autosaxophone. In 2017, he joined ADMI to pursue music production. Music allows him to share his feelings and express his best self. Herman worked with Angachi to produce Bahaya for My First Single. 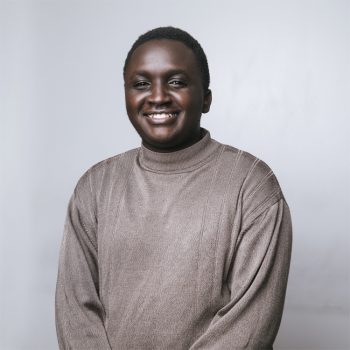 Sompisha Kipelian is a Neo Soul producer. He also dabbles as a photographer at ADMI and a content producer at Jamhuri Film Studios. He started playing musical instruments in 2012. Shortly afterwards, he got curious about vocals and the production aspect of music. Sompisha’s greatest inspiration is Sauti Sol. He loves their compositions and musical arrangements. Sompisha worked with Muthigania to produce Show Me for My First Single. 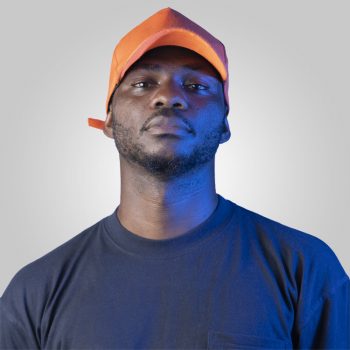 Makadafaga is a Congolese music producer and sound engineer who specializes in Hiphop, Rhumba and Electronic Bass. He liked Crusse’s energy and flow which inspired him to produce Booth, a rhumba, drill and lingala track. He wanted to experiment with Bongo so he created a beautiful ballad for Benkai which would bring out his mellow voice and emotion. 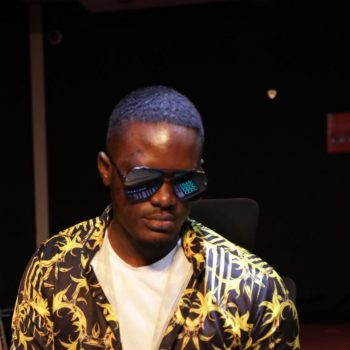 Music Producer – My Everything

Joshua Ejaye is a Nigerian-born beatmaker, music producer, composer and arranger based in Kenya. Although he doesn’t have a particular style of music, Jopee has a proclivity for RnB. He comes from a musical family which inspired him to pursue music as a career at ADMI in 2016. Together with Dagana, Jopee produced the track My Everything which features acoustic and percussion elements. 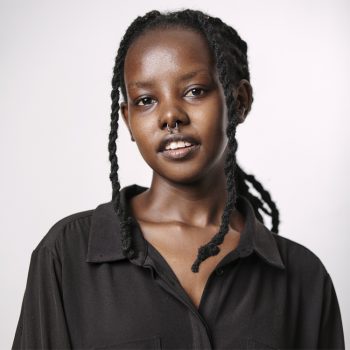 Mercy Barno is a music producer currently working for Nairobi-based None on Record and Cofruition (UK) as an audio editor. Mercy started playing the piano at a young age. Her deep desire to create and express herself through music led her to pursue a Diploma in Sound Engineering at ADMI in 2018. Mercy’s go-to genre is Electronic and boasts of having produced 8 albums so far. 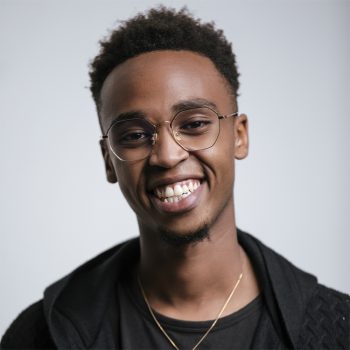 Telvin Kariuki is a music producer and sound engineer working at the International Christian Center. His love for music began in 2016 after joining the music and sound department in highschool. In 2020, he decided to pursue his passion for music as a career, by joining ADMI as a Diploma in Sound Engineering student. He was keen to learn the different elements of music and how it’s made. As a music producer, his niche is in RnB and Soul. He finds this a good outlet for expressing his emotions and his track Focused is available on all streaming platforms.

Meet the Artists featured on My First Single Album 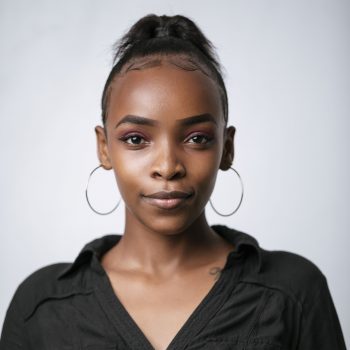 Naomi Waruguru aka Vinnar is a Cultural Pop artist, and a tour and travel professional. She takes pride in her Kikuyu culture and sings in her local dialect. Through her music, she hopes more people can embrace their culture too. Renowned music producer and ADMI music faculty Mike Muema worked with Vinnar to produce the Amapiano track – Tawe 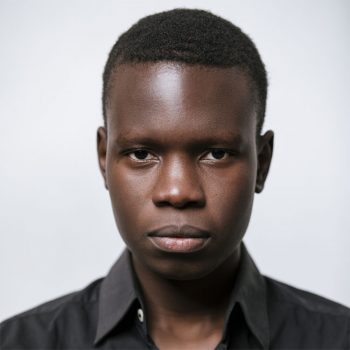 Ezra Bondo popularly known as Crusse sings various genres of music ranging from Trap, HipHop, RnB, and Rhumba. Crusse loves the healing power of music which motivates him to write and perform for his fans. His first single, Booth was produced by ADMI alumnus and music producer Fabrice Yemba Makadafaga. 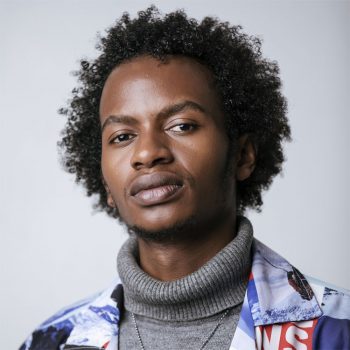 Shinski is a Shrap artist and Bachelor of Commerce student. For the longest time, music has been the only outlet for Shinski to express himself. Through his music, he hopes to make people feel connected to their inner selves. He worked with renowned music producer and ADMI music production faculty Mike Muema to produce Party Life. 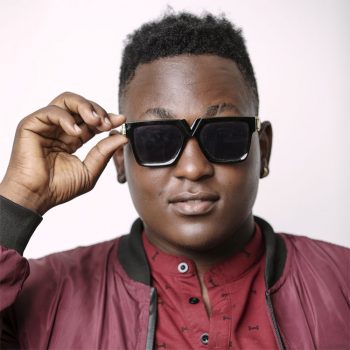 Bernard Kioko is an RnB/Bongo artist and a member of the BenKai duo. A Public Health student, Benkai has been singing professionally since 2018 on love, romance, and life. He takes pride in his musical arrangements, compositions, and sense of fashion. He partnered with Fabrice Yemba Makadafaga to produce the Bongo track Utanipenda. 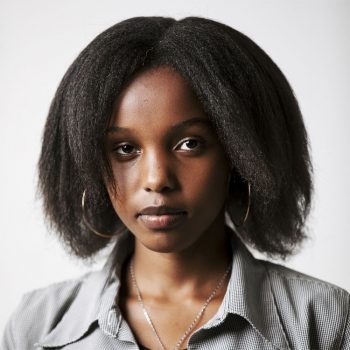 Ann Wanjiru aka Muthigania is an RnB/HipHop artist. Her stage name Muthigania, which means “Spy” in Kikuyu, is derived from her middle name. She would like people to feel love, peace, and comfort every time they hear her sing. Ann worked with ADMI alumnus and music producer Sompisha Kipelian to produce Show Me.

Listen to Show Me 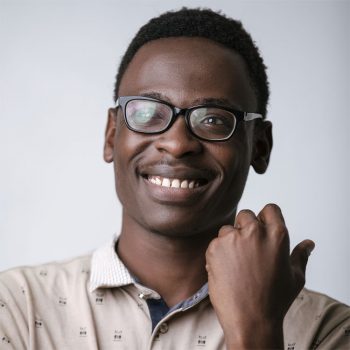 Angachi identifies as an RnB, Pop, Jazz and Country artist. He started pursuing music professionally in 2015 and was featured in the 2019 East Africa’s Got Talent contest. He draws inspiration from Beyonce, Taylor Swift, Ed Sheeran, and Leon Bridges. Angachi paired with ADMI alumnus and music producer Herman Ogula to produce Bahaya. 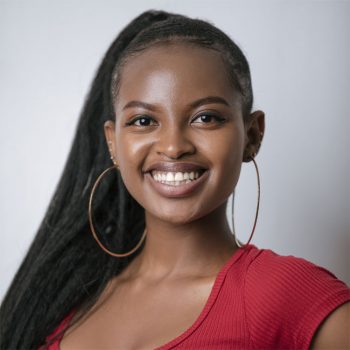 Daisy Njeri is an RnB and Afro-Soul artist. Her high school friends gave her the stage name Dagana and she’s been using it ever since. Dagana aims to inspire and teach her audience through music. Daisy partnered with Joshua Ejaye, ADMI alumnus and music producer to create My Everything.

Listen to My Everything
Menu