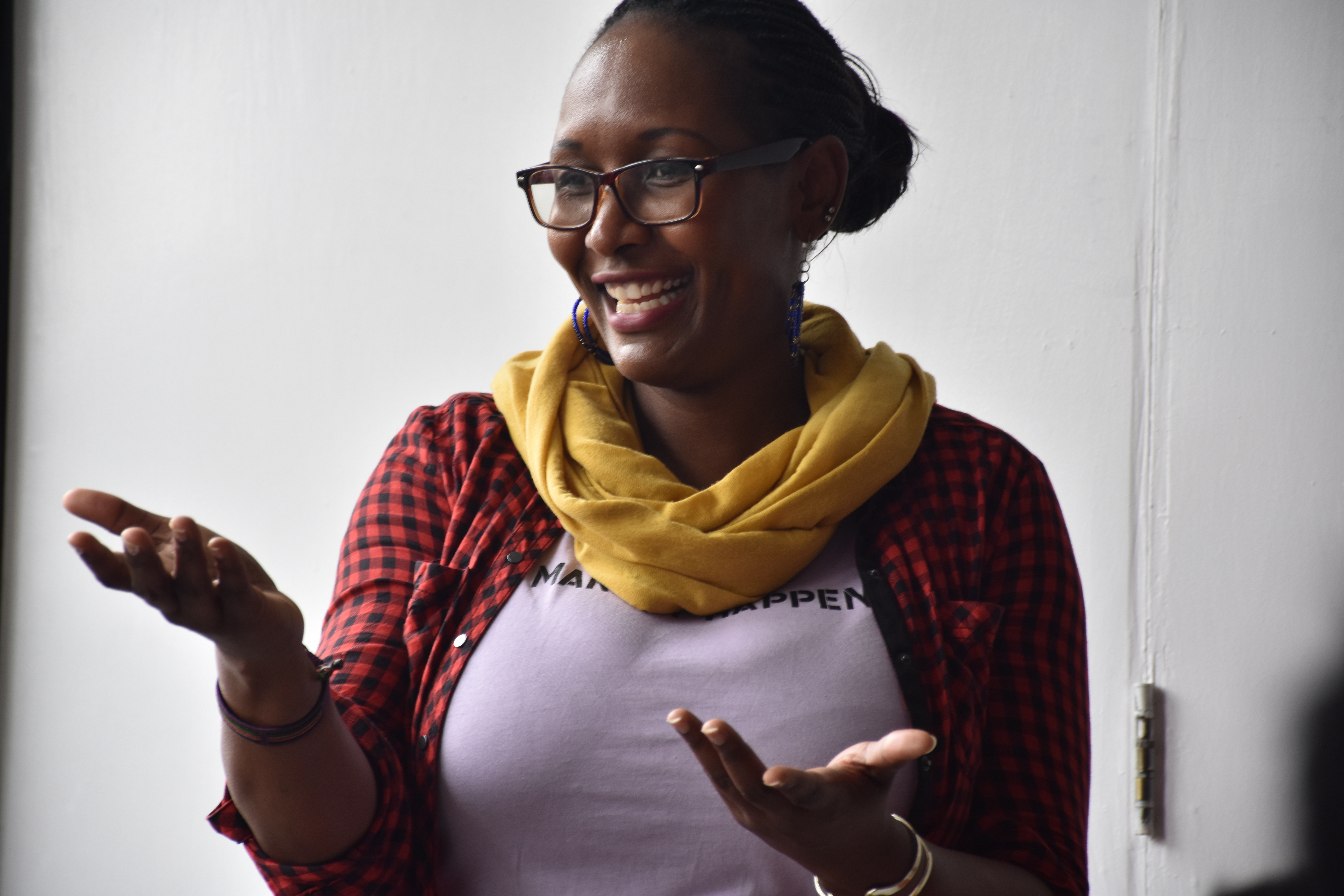 Succeeding in the film industry.

They say awesome things happen when you let women direct films. Okay, maybe they don’t say it often, but they should. The film and television industry is buzzing in light of the momentous drift towards having more female directors; and at that, more black women directors. However, according to a study by the University of Southern California’s Annenberg School for Communication and Journalism, there is a huge under-representation of female directors in film and that they (female directors) typically had shorter careers. On average they started later and ended earlier than those of men with 83.7% of women never directing the second movie, as opposed to 55.3% of men.

Enter, Wanjiru Njendu. Let’s call her a jill of all trades. Wanjiru’s film credits include several short films: “Look Again” which was nominated for a 2012 African Movie Academy Award and Winner – Best Diaspora Film – Kalasha Awards – Kenya and television credits in below the line positions on Samantha Who, Super Temps and Mostly Evil among others. She is a member of “Film Independent” and “Women in Film”.

Wanjiru Njendu’s visit to ADMI was insightful to the film and television production students and below are some pointers to note.

Before making any film, you have to visualize it in your head and then write. A powerful title gets your script read. You have to do your research before embarking on any story. Striking images and synopsis’ win festivals so one has to create content relevant to their audience. Use the people around you for insights on what to write and how to write it. When developing content, you are not limited to do’s and don’ts. Set your tone and be versatile. However, remember that the animation voice is different from the action and film voice so do your research and know what to use, when and where. A good writer knows how to edit themselves so approval is important but not necessary. Create an intimacy with your script. Create intent.

“If you don’t want to work with people, write a book, not a film.” Wanjiru Njendu.

While scriptwriters can direct their own works, what distinguishes an average director from a great director is the ability to take someone else’s work and interpret it for others. One has to set aside their ego and know that there is no shame in doing other jobs. For example, learning how producers work, makes you a better director. You can’t micromanage people; you need to know whom you’re hiring, their capabilities and that they can deliver.

If you have an understanding of costs you can adapt – hustle but remember to align. The words directors and dictators are not synonymous, in as much they’re pronounced similarly. As a director, you have to see the big picture, work collaboratively but also be firm in your decision making. In doing so, you acknowledge that it is business and not personal.

On navigating the industry

Wanjeri Njendu notes that ADMI students have the advantage of being black and African, and they should use that to their advantage. The market is growing rapidly and audiences are asking for more of these (black/African) stories to be told. Capitalize on all available resources. Build up social capital because the industry is all about networking and that kind of capital comes in handy in terms of financial support or other. The whole objective of networking is to get investors to finance your work before you get your feet on the ground.

Truths about the creative space

You don’t have to know everything, but you have to be able to communicate specifically and effectively. Even if you feel the fear, go forth with it. Do not ask anyone permission to be yourself and create what you want. The film industry requires you to take risks – jump and pray because there is a mattress. Understand that Television and film are very different. TV is very fast paced and follows certain cycles and trends – so your writing must align. Be able to discern the trends and write accordingly. Your creativity is a muscle that has to be exercised regularly and frequently. We are in the digital age, stop making excuses and get your work out there – it’s free.

Nerdeo; for visual effects which is a free collaborating application.

Who Fears Death: A Novel by Nnedi Okorafor.

Interested in joining the Film and Television Production students to meet amazing filmmakers such as Wanjiru? Click on the image below:

Wanjiru produced the 5th Annual Women In Film International Committee’s Short Film Series, “Out of Africa, A Night of Kenyan Film & Culture”. It was held at Universal Studios in Universal City, California, on Saturday, March 5th, 2011. The City of Los Angeles honored the series in 2012, hailing the 2011 series as a cultural contribution to the city.

She was selected by the Producers’ Guild of America’s Diversity Committee to participate in their 2013 Diversity Workshop.She serves on the Executive Board of the African Artists Association in Hollywood, California and is considered an invaluable resource by the Kenyan Film Commission.Her African and American upbringing influences her approach as a director of film and television.

How was the first sound recording done? 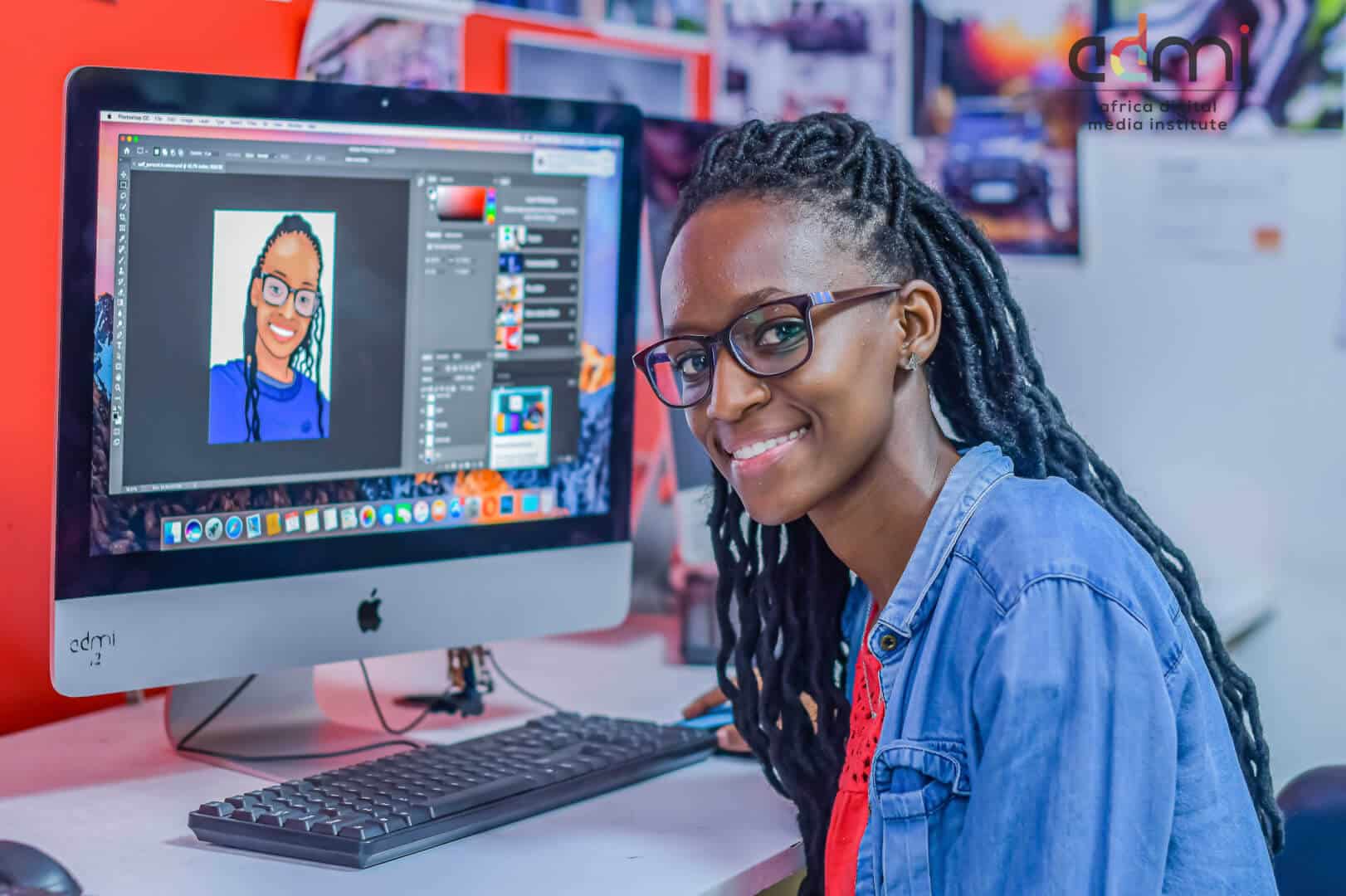