Does anything to do with gaming sound like Greek to you? Understandable -when you don’t know the lingo, it can sound like a completely different language. We talked to Amina Kombo, who does a lot of things online for a living – including making games, and what it takes. Hopefully this will give you a little more insight into what the gaming world is, particularly for women in gaming. 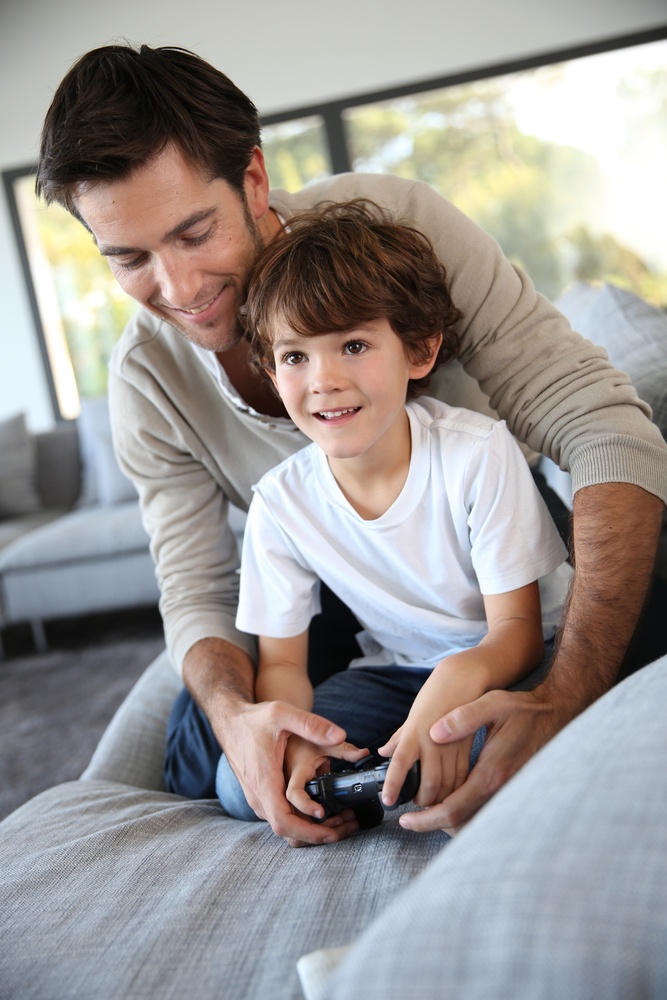 1. What is the formal description of a game? And what’s the point?

A game is any situation with a set of rules which people indulge in for entertainment. The point is to keep the mind – or body – engaged, though some people who are more cynical think that games are a distraction.

There is a push within the gaming industry to have games recognized as an art form (alongside music, movies, painting, dancing, novels etc). If that were to happen, the formal definition/description of a game would probably change as well. Watch this for more context:

2. What do you have to learn to make a game? And where do you learn it?

All you need to make a game is an idea.

Notice my definition of a game is pretty loose: it can be a board game, a spoken-word game (For example, Kitendawili? Tega. That is a game), a card game, a computer game or a physical sport like rugby. After that you make up the rules. Make a prototype, ask other people to play it, and adjust things accordingly. The rules change more than the idea. It’s like writing a book: some people will outline everything to the tiniest detail, others will dive right in and just write.

But if you’re talking about computer/console games: you need to know mathematics. Algebra, more specifically. And some form of art, or the basics of color theory. The programming language(s) will depend on what you want to build and where (the device) you want it played. There are specific coding languages made for game development, but a lot of developers use common programming languages for their work.

Oh, and if you can make music (for games or not): that’s a field that’s really picking up.

Writing is important, too. Games have morphed from “shoot that thing over there!” to adventures that span multiple story lines with complex characters and immersive worlds. In my opinion, a novelist could work on a game project. A lot of TV writers do.

And this may surprise people but make sense at the same time: psychology. A very basic understanding of how the human mind responds to some situations. How trauma works, what visual cues or sounds might trigger an emotional response in a player…that kind of thing.

You don’t need to have a PhD in any of it, but it helps a lot. “Where” game development is taught can range from 3-year degree programs to free online tutorials. Game development is a multi-billion dollar global industry, so of course people will try to make as much off aspiring developers as possible. Also: I come from a (hobbyist) engineering and web development background, so user interfaces and ergonomics are a big deal to me. Learning about the design of everyday objects is something anyone can do for free, and improves everything about how human beings make things for other people.

(As you can see, it’s no exaggeration when people say that developing a big-budget game can involve at least 4 arts and a minimum of 3 sciences.)

3. How long does it take you to make a simple game?

Games are a common (computer) programming exercise: I could make one in half an hour. Number-guessing games are the easiest to program. Visual games are several times more complicated. I’m more of a coding/art person, but I’m not too good at animating things. If I were going to create a game with a visual element to it, I’d write the code in 15-20 minutes and spend days or weeks doing the art. The more time you spend developing and testing a game, the better it will be in the end. 2017 has been the year when I’ve started to spend months developing games. My most recent project started on the final weekend of October 2017. I’m playing it right now, actually (it’s roughly two weeks old without art work).

As an independent game developer/hobbyist it typically takes me longer to do things because I’m using my own skills and ideas. A team (two or more people) would definitely create a better game in a shorter period of time, since they would divide labor. I’ve never worked with another game developer, though, so…I guess it depends on who you find. Some mammoth game projects take 3 or more years to develop and make millions of dollars when they’re released. Others are a labor of love made for art’s sake.

(Ori and the Blind Forest: https://www.orithegame.com/blind-forest/ is a labor of love.)

The first game I ever played was Streets of Rage. It’s an isometric-ish 2D beat-em-up platformer-ish type of game. The idea was pretty simple: you’re a cop and your city has been taken over by criminals. The only way to clear up the streets is to…beat them all up.

And then there’s Comix Zone: comic books meet video games with a puzzle/strategy element. And aliens. What’s not to like?

I’m partial to 2D 16bit or 32-bit games, since that’s what I grew up playing, and because most of them can be played on any device. Coincidence: 2d platformers are also the games I dedicate myself to making. A lot. Maybe it’s because as a kid I’d play a game and think “how did they make that? I want to make that! With more explosions!”

The best-made games, in my opinion, are Role-Playing-Games (RPGs) and Board Games. Yes: Board Games. Don’t underestimate the power of Snakes & Ladders, Monopoly or Co-opoly (http://store.toolboxfored.org/co-opoly-the-game-of-co-operatives/). RPGs tend to be massive experiences, with numerous quests that can run on any type of machine. First Person Shooters (FPS) are incredible projects, but most people in my part of the world, including myself, can’t play them because…well…apart from being expensive, they take impressive hardware to run.

(Another area to watch is Kenyan Mobile Game Development.)

5. Why are there fewer female gamers and game developers in the industry?

Girls and a lot of women in their late 20s to early 40s play games. A lot of older women – like in their 50s – have taken to mobile/casual gaming. The “blockbuster” projects are marketed to male gamers because, frankly, they have more money to spend. Money means prestige. That’s why a lot of people don’t think mobile/casual gaming is “real” gaming: because they have skewed, marketing-based perceptions. But women/girls play games too. And they build them.

Female game developers are rare, that’s true. Mostly because they need time to tinker with things, and most societal settings do not comprehend a “female” doing that. Women and girls are expected to do unpaid domestic labor. Sure, they’ll have ideas for a game, but hardly have any time to sit down and make them. This is changing, though, especially with more women and girls actively pursuing STEM and with more people playing mobile games. It always starts with “I love this game! How did they make it?”

I have to add: the amount of abuse targeted towards female game developers in the past has slowed a lot of women down. In the gaming world, the developer is “god”, and some people do NOT like the idea of someone who doesn’t look like them controlling any world they encounter. It’s stupid. Creativity is influence: you see a lot of women writing novels with male pen names for that same reason. And that’s why female game developers would rather work in a multi-person studio, because they themselves will not be singled out. Toxic behavior is one of the reasons gaming hasn’t been accepted as an art form: because gamers (of all ages) can be extremely childish. I’m going to write a very long – separate – article about this one day. Consumerism, creativity, and violence.

6. What’s your dream game to make? Like what game would you love to make – whether existing or a concept you have?

I have three answers to that: Chiki Chiki Boys (also called Mega Twins) and Mirror’s Edge (DO NOT watch videos of this game if you’re scared of heights). All three will have an influence on what I build in the future.

(Funny story about Chiki Chiki Boys: the copy I grew up playing was entirely in Japanese. I had no idea what they were saying until, like, 2014, but I loved – and still love – playing it.)

Also: I work with an author who has plot lines in their novels that can be turned into games. I can’t say too much about it, but I’m definitely honing my skills for that particular reason: and those will be my dream games. They’re 3D though, so…I have a lot to learn before I get to that level.

I also plan to develop my own gaming console. It will probably be something I make for my own use, not for sale.

Do you want to start your career in software engineering and game development? You could make the next big Candy Crush, or Subway Surfer, or even Snake! Click below to see what it takes to make the future you want.

Amina Kombo is a life-long student of engineering/design with an interest in reshaping the world to make physical spaces more sustainable and less oppressive.